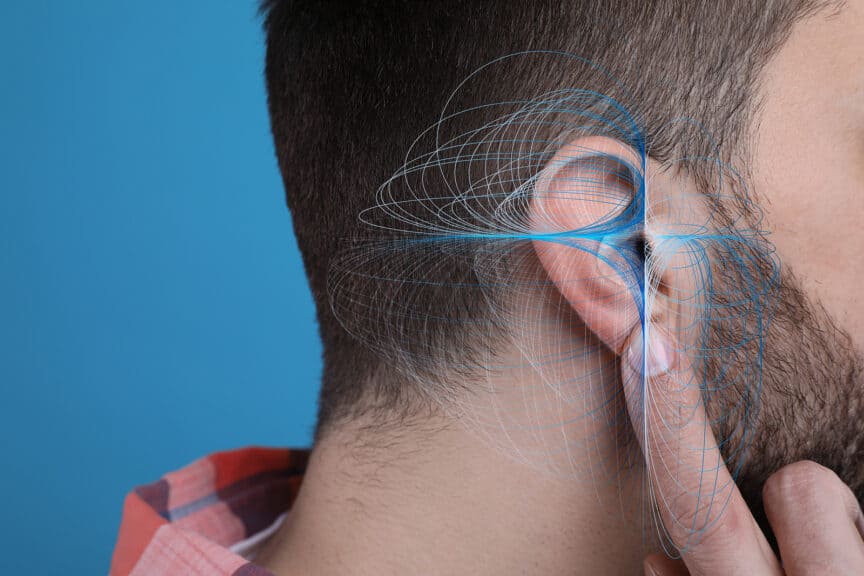 If you’ve ever experienced a ringing in your ears, you may have had tinnitus. Tinnitus is a common condition that affects millions of people worldwide. Though it can be annoying, tinnitus is usually not a pressing health problem. In most cases, tinnitus goes away on its own. However, if you have severe tinnitus or if it persists for more than a few weeks, you should see your hearing health provider to rule out any underlying medical conditions. Keep reading to learn more about tinnitus and what you can do to relieve your symptoms.

What are the symptoms?

Tinnitus is a condition that affects the ears, characterized by a ringing, hissing, roaring, clicking, humming, or buzzing sound. The majority of people affected by tinnitus usually have subjective tinnitus, where only they can hear the phantom sounds. The noise may be constant or intermittent and can vary in loudness. Some people with tinnitus only hear the noise when they are in a quiet environment, while others find it difficult to concentrate or sleep.

In other extremely rare cases, tinnitus can also be heard by your provider when conducting an examination. This type is known as objective tinnitus and often appears as a pulsating or throbbing sound that is synchronized with the beating of your heart (pulsatile).

When to seek medical attention

While tinnitus doesn’t seem to bother some people, it is a major disruption in the lives of others. You should make an appointment to see your hearing health provider if your tinnitus develops as a result of an upper respiratory infection or if it doesn’t go away on its own within seven days. On the other hand, if you experience dizziness or hearing loss with tinnitus, you need to see your provider as soon as possible. Tinnitus that produces feelings of depression or anxiety also requires prompt medical attention.

Though the ultimate source of tinnitus is never discovered in many cases, there are several health conditions that can initiate or exacerbate its symptoms. Some of the most common are:

The following conditions are also known to induce tinnitus yet are much less prevalent sources in the overall population:

Although tinnitus is not life-threatening, it can be extremely bothersome and negatively impact the quality of life. Several risk factors for tinnitus include exposure to loud noise, age-related hearing loss, earwax buildup, and certain health conditions affecting the cardiovascular system. Additionally, tinnitus is more common in men and people who smoke or drink alcohol.

While there is no cure for tinnitus, there are a number of things you can do to prevent it. One of the most important safeguards is to avoid exposure to loud noises. This includes using earplugs or noise-canceling headphones when necessary. In addition, certain medications can cause tinnitus as a side effect. Try to avoid them when other treatment options are available. You should also refrain from consuming alcohol and tobacco products, as these can worsen symptoms. Finally, head and neck injuries are common causes of tinnitus. Always wear appropriate safety gear if you participate in any activities that could result in an injury. Adhering to these simple precautions can help prevent tinnitus before it ever sets in.