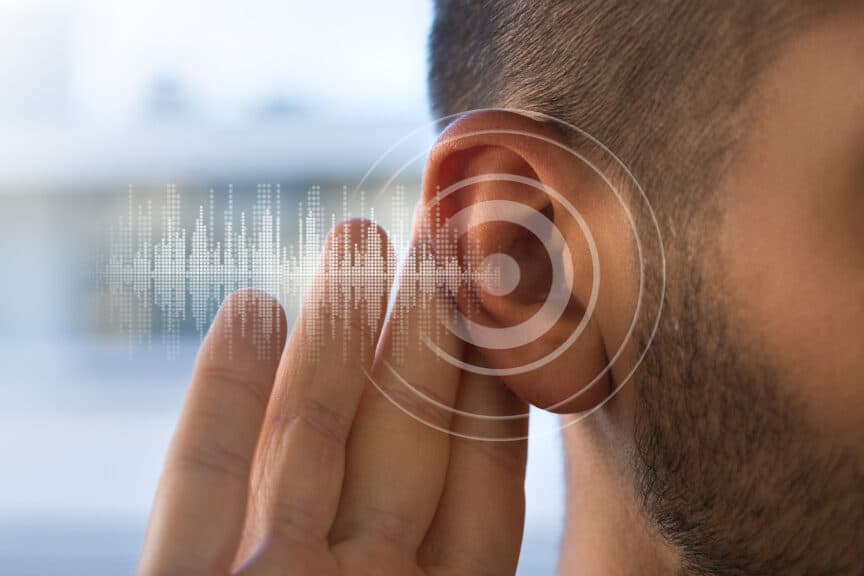 Did you know that September marks World Alzheimer’s Month? Launched in 2012 by  Alzheimer’s Disease International (AD), this global campaign raises awareness about dementia. According to ADI, 55 million people worldwide live with dementia. This is projected to significantly increase, impacting 139 million people by 2050. Dementia encompasses a range of conditions that are characterized by reduced cognitive functioning. This includes Parkinson’s, Lewy Body, vascular, and Huntington’s dementia. The most common type is Alzheimer’s which impacts up to 70% of the dementia people experience today.

Because there are no cures for dementia, extensive research focuses on prevention and reducing the risk of compriming brain health. Substantial studies show that there is a correlation between hearing loss and cognitive decline and that treating hearing loss can actually help protect brain health.

How Are Hearing Loss & Alzheimer’s Connected?

The auditory system is the sensory system for hearing and includes the ears and brain which work together to process sound. So hearing loss not only happens in the ears but the brain as well. Significant studies show that hearing loss can impact brain health in major ways that contribute to cognitive decline. One major study that illustrates this correlation was published in the Journal of the Alzheimer’s Association in 2019.

In this study, researchers at Brigham and Women’s Hospital and Harvard Medical School examined how hearing loss impacts brain health. They evaluated the hearing and cognitive capacities for 10,107 people, ages 62 and older. After collecting 8 years of data, researchers found that people with hearing loss were much more likely to develop cognitive decline.   Compared to participants without hearing loss, cognitive decline among those with impaired hearing was:

Nearly 1 in 6 people have some degree of imapred hearing. Though over 48 million people have hearing loss, it remains widely underdiagnosed. Contributing to a delay in treatment is that hearing loss typically occurs gradually so people may miss the signs for quite some time. Being able to recognize hearing loss symptoms is a useful way to identify any changes you may experience to your hearing health over time. Common symptoms include:

These symptoms can range from mild to severe and often take a toll on communication. Conversations become challenging and cumbersome to engage in so people often avoid them as much as they can. Social withdrawal is another common symptom of hearing loss which affects mental health, relationships, and social life. Additionally, hearing loss increases health risks including the risk of cognitive decline.

Treating hearing loss can transform quality of life in many ways. There are hearing solutions that not only improve hearing but also strengthen communication. The most common treatment is hearing aids which are electronic devices that help absorb and process speech as well as sound. This allecaites hearing loss symptoms and maximizes one’s hearing capacity which supports people to navigate everyday life with greater ease. Hearing aids support people to be more present during conversations, move through social settings, and have conversations without the barrier of hearing loss symptoms. Research also shows that hearing aids support brain health. The support hearing aids provide with processing sound strengthens cognitive functions and neural networks. This reduces the risk of cognitive decline and conditions like Alzheimer’s.

Contact us today to schedule an appointment for a hearing test. This month is a great reminder to prioritize your hearing health!